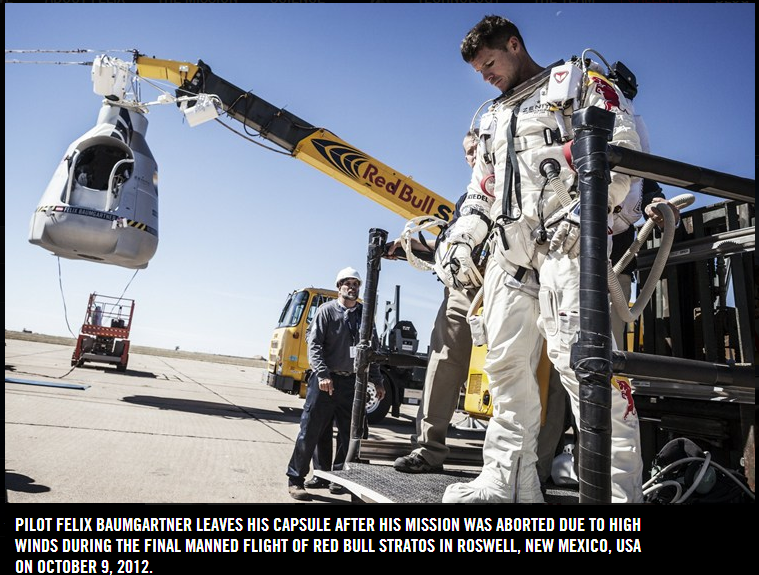 Red Bull Stratos, a mission to the edge of space, will attempt to transcend human limits that have existed for 50 years. Supported by a team of experts Felix Baumgartner plans to ascend to 120,000 feet in a stratospheric balloon and make a freefall jump rushing toward earth at supersonic speeds before parachuting to the ground. His attempt to dare atmospheric limits holds the potential to provide valuable medical and scientific research data for future pioneers.

This amazing project was supposed to be launched yesterday(okt09, but failed due to weather conditions. So you still have the chance to see it! No new launch time has been established at this point, but check in tonight.
Even if there is no launch this project was very interesting to read about, so take a look!

If the jump is successful you will even be able to see live stats on the side of the streaming window, which is really cool!

Also you HAVE to check out this timeline! Just scroll..

The mission was a great success and mr Baumgartner broke several world records! You can read about it here.