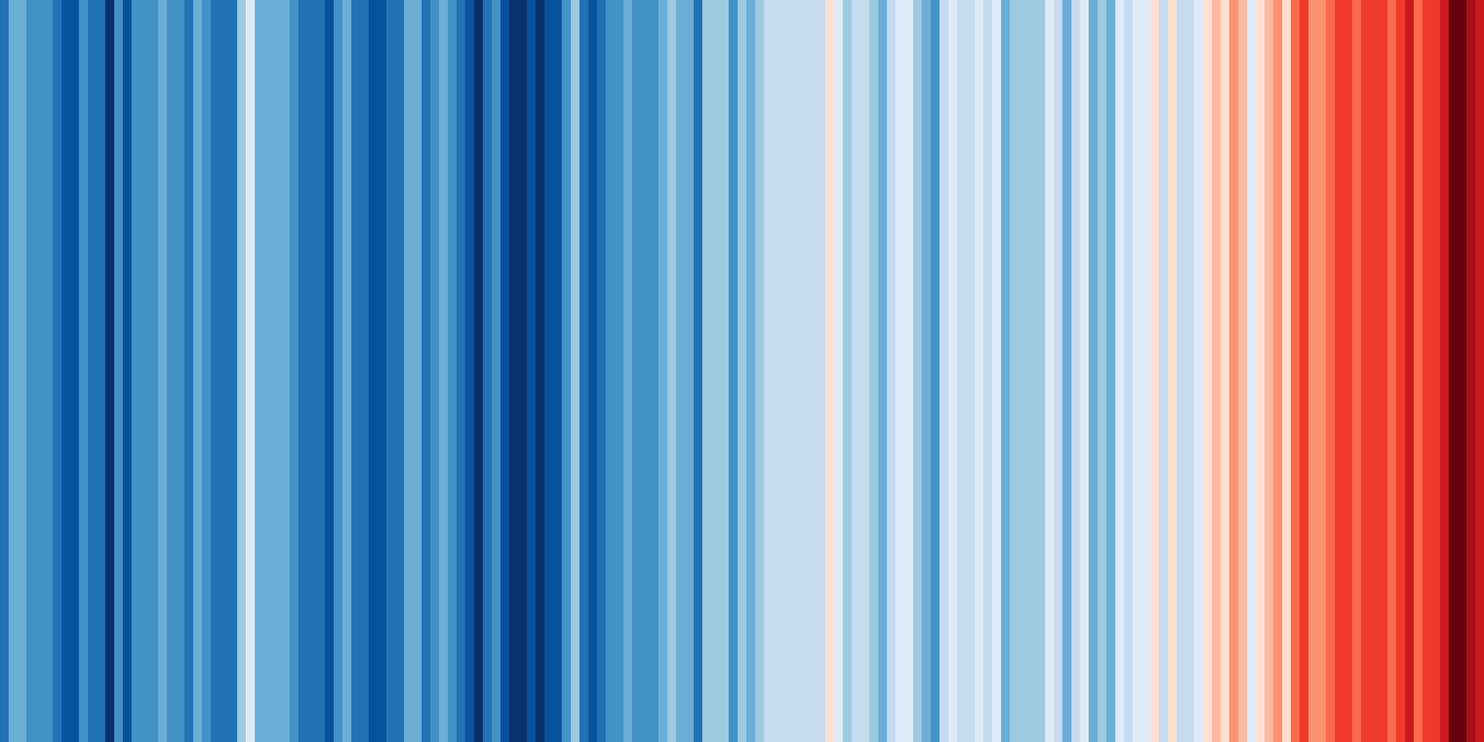 Climate stripes for the entire globe from 1850 to 2018. (Ed Hawkins/ShowYourStripes.info)

These stripes represent the average temperatures in a location of your choosing. Each stripe is a year and blue stripes are cooler than usual while red ones are hotter than usual.

It’s a pretty cool visualization, and besides presenting the data in a very clear visual way it’s also really cool that you can select any country you want.

These ‘warming stripe’ graphics are visual representations of the change in temperature as measured in each country over the past 100+ years. Each stripe represents the temperature in that country averaged over a year. For most countries, the stripes start in the year 1901 and finish in 2018. For the UK, USA, Switzerland & Germany, the data starts in the late 19th century. -ShowYourStripes

Go check out your home or place of your choosing at //showyourstripes.info/