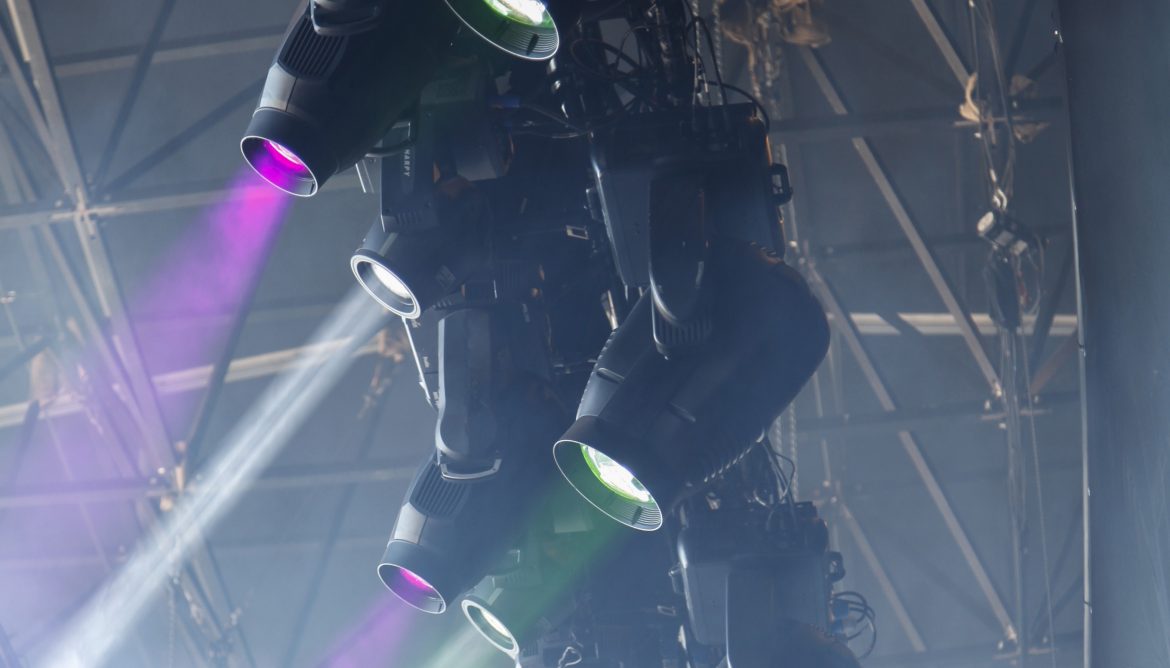 It’s time for the third part of our coverage of the technology behind Sweden Rock Festival. This time we will be looking at some of the tech that makes the stage lighting work in perfect tune with the artists performance. 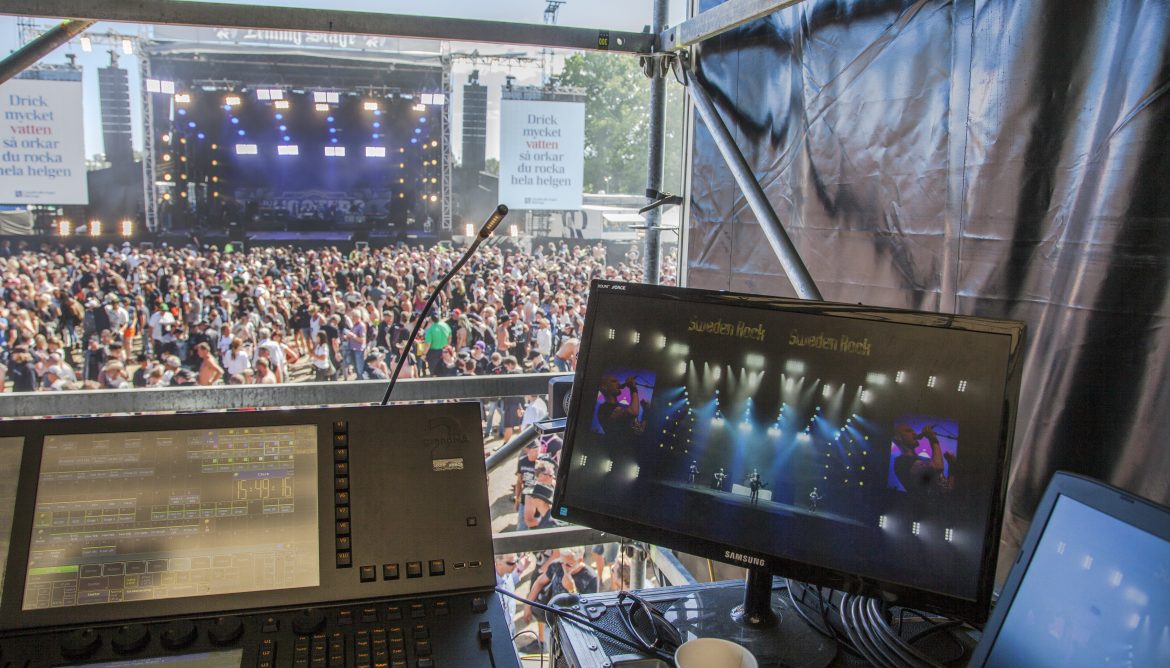 Here we can see the equipment that controls all of the stage lighting. Using the software seen on the right a model of the stage can be created and the way the lights should behave throughout a concert can be preprogrammed.

When I took the above picture the guy controlling the lights actually changed the entire color scheme of the stage lights with the click of a button. Which was pretty cool to witness. The artists are actually able to plan how the lighting should behave themselves before the show and send the file to the festival. It is then put into the computer and made sure it works as it should. Here you can see the different ways in which the software can visualize the stage and the lights. From an overview, to a 3D mesh model, to a more realistic rendering of how it will actually work. As you can see, the lighting can be controlled with great precision.

Still, a concert isn’t a purely premade program. Things can happen, and artists move in unexpected ways, and so on. So during the concert itself the guy behind the control panel not only makes sure that the program is working, but also tweaks the lighting in real time to fit the concert. As you can see there are a multitude of different controls involved.

In the screenshot of the software that controls the lights we can also see the screens that are used during the concert. However this guy isn’t the one controlling those. We describe the process of getting a picture up there in more detail in part 1 of our coverage. 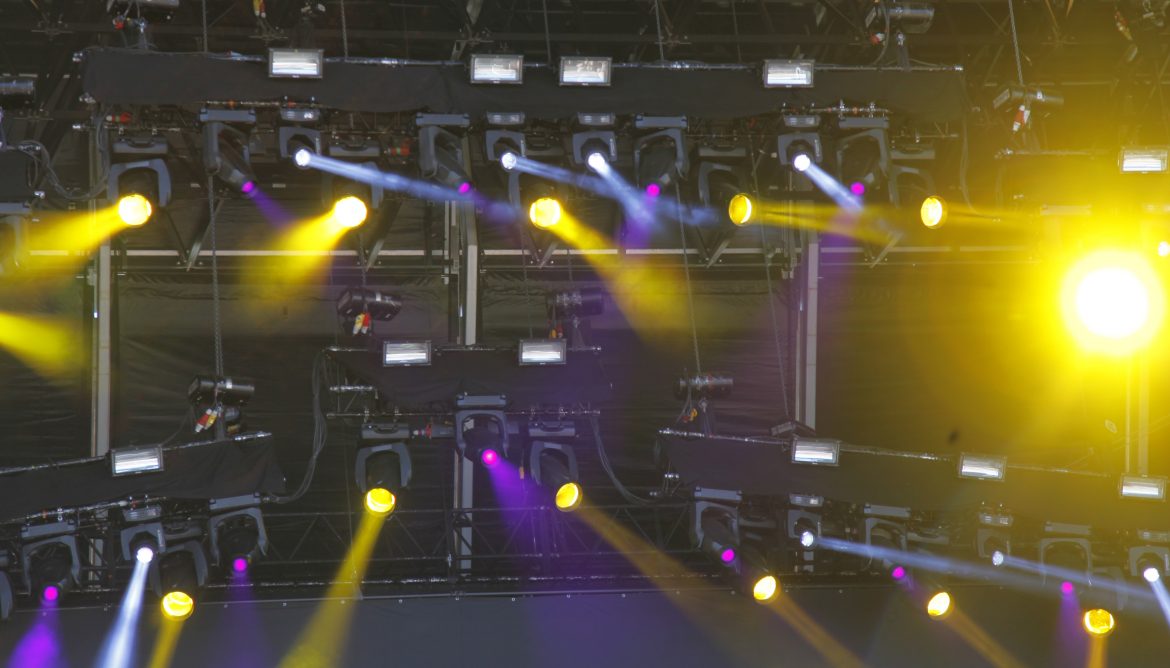 The way that we control the lighting during a concert isn’t the only thing that has become more advanced though. The lights themselves have also become considerably smarter.

Each light has a bunch of built in sensors. These allow each individual light to send information to the person controlling them. This includes things like temperature, lifetime left on the bulb, amount of strobes a strobe light has performed. All of this helps ensure that a light doesn’t break in the middle of the concert.

I have to say that Queen was the band with the coolest light show. So here’s a few shots of that. Now the next time you’re at a concert you’ll have a bit on insight into what goes into controlling all those lights. Pretty cool if you ask me.