The name ‘Fujitsu’ has been associated with quite a few good electronic products. Not surprising its new product the Fujitsu ‘Stylistic M532’ Android Tablet created quite a buzz in the U.S. markets.

Fujitsu ‘Stylistic M532’ Android Tablet is ideal for both business as well as for private use. So let us take a closer look at its features.

Design: Though it is a very slim tablet it has been designed according to MIL-STD-810G standards thus enabling it to be used in the most rugged of conditions. The back of the tablet has a soft touch plastic finish which feels very smooth to hold, at the same time it does not take away from the classy look that tablets with an aluminium finish have.

Display: Fujitsu ‘Stylistic M532’ Android Tablet has a 1280 x 800 pixel display. This may be a little less than what one would have expected. However in terms of brightness the Stylistic M532 is definitely ahead in the race. Due to its display brightness it is easy to read from the screen even in direct sunlight. 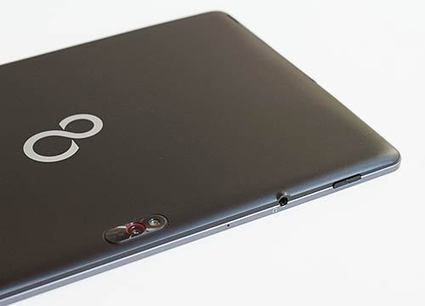 Memory: It comes with a 32 GB built in memory. Incase that’s not sufficient for you, the tablet has a Micro SD slot and you can extend the memory by another 32 GB.

Security: Being a business tablet the Fujitsu ‘Stylistic M532’ pays special attention to security. Besides the standard features it has also added a few extra security features. One of them entails encrypting the tablet. What happens in this is, if the feature has been activated one will require either a PIN or a password in order to decrypt it every time the tablet is powered on and a factory reset too is required each time.

For an additional subscription one can ensure greater security with the application Computrace. This app allows remote access to your tablet incase it has been misplaced or stolen.

Battery: It has been powered with the 3170 mAh lithium polymer battery which can be recharged.

Connectivity: Due to its embedded mobile broadband you won’t need to search for hotspots. Bluetooth and GPS along with 3G/UMTS. Besides this it also has a micro USB port which will enable you to access internet as well as connect to other devices.

Finally I would say, especially for businesses, if you are looking for higher durability and greater security features the Fujitsu ‘Stylistic M532’ is definitely an option you could consider.

This is a guest post is brought to you by Samantha Kirk, a writer for Verizon Fios Deals. Samantha provides up to date content and information