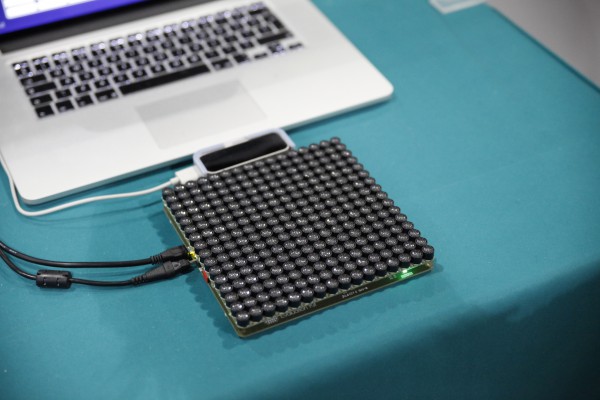 Ultrahaptics is definitely one of the coolest things Gadgetzz has tried out at the CES.

The technology uses an array of ultrasound speakers to stimulate the surface of your skin, creating the illusion of touch. And it does that very well!

I was absolutely stunned by this technology. When you think about it Ultrahaptics isn’t a particularly advanced concept really. As is often the case with the most ingenious ideas Ultrahaptics feedback is simple and makes you wonder ‘why isn’t this already implemented everywhere?’.

..our patented “virtual touch” technology uses ultrasound to project shapes and textures directly onto the user’s hands. Controls can be operated without touching a surface, gestures can be enhanced with tactile feedback, and users can interact in a natural way with virtual objects. -Ultrahaptics

My colleagues first impression was that it felt “Weird and crazy”. I have to agree, weird and crazy in a good way. 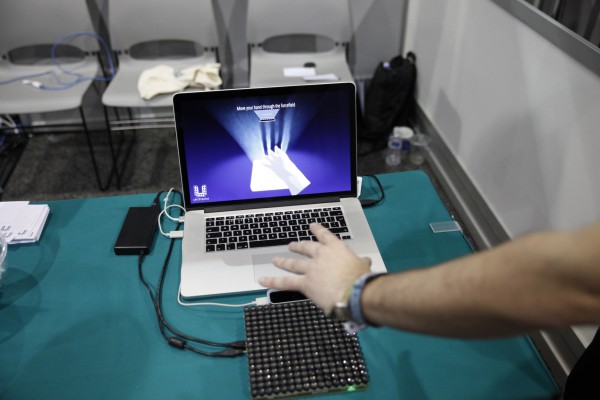 They showed us several demos. One of them was like a virtual force-field. It felt a lot like pushing your hand through a waterfall fountain. Some of the feedback it felt like puffs of air on your hand, but in many of them I was stunned at how real the sensation of touch felt. 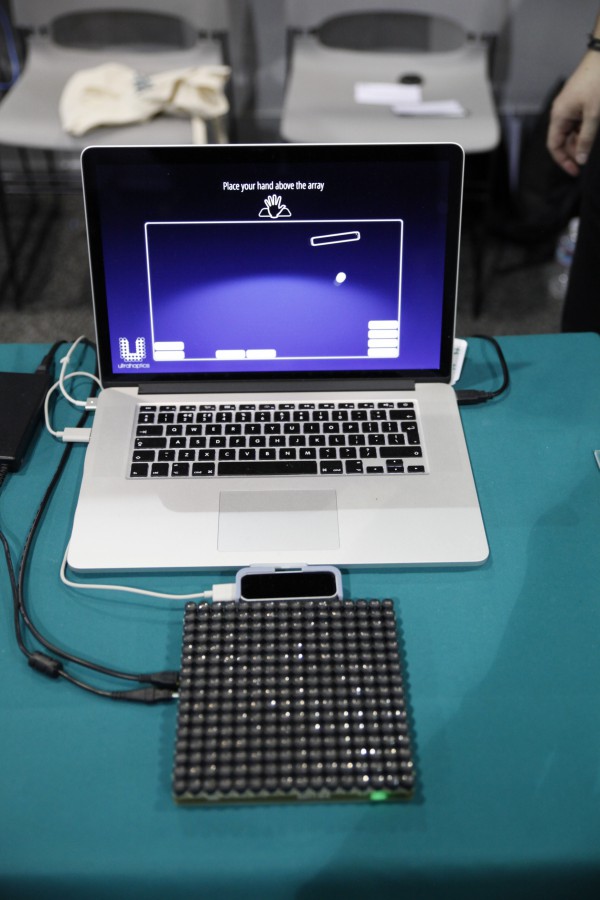 Another demo was a game of brick-breaker. The game where you have to move a paddle to bounce a ball against wall of destructible bricks.

But I played it by moving my hand over the Ultrahaptics array, and every time the ball bounced of the paddle I could feel it. It was a really fun experience. Like rumble in 3D, but it’s potential for use goes far further than that.

They told us they wish to see their technology applied just about everywhere, in video games, in cars and in smart homes.

All I can say is that I love Ultrahaptics, and I wish them the best of luck. I definitely want to see this technology everywhere!

Check out the video below:

For more information and development kits: