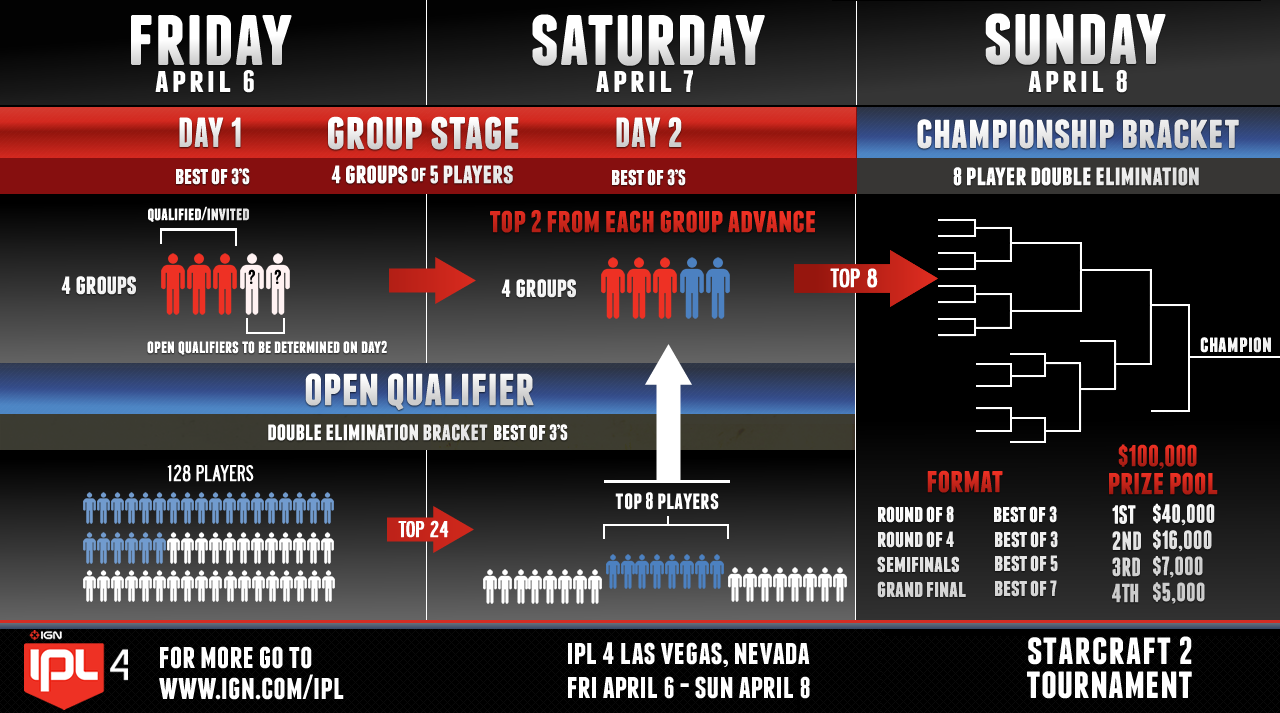 This weekend IPL4 will take place in Las Vegas from April 6 to April 8. We can expect to see 140 of the best StarCraft players compete for a prize pool of 100,000$. IPL4 will be hosted at The Cosmopolitan of Las Vegas. IPL4 will also bring us some of the best League of Legends teams. And GOMTV’s Global StarCraft Team League Finals.

We will be able to see world players as MarineKing, MMA, MC, White-ra, Stephano and Nestea! Play it out in the group stages. We can also see well known names in the open bracket like HuK, JYP, SaSe, PartinG, DeMuslim, Jinro, MVP, DIMAGA, ViOLet, Ret and Leenock.

IPL4 will take place over 3 days with 1v1, Open Bracket, Group Play, and Double Elimination. The first day will we be able to see Open Bracket and some Group Play. Day 2 will give us the end in the group play and the open bracket. When we at last go over to day 3 there the 8 best players from day 1 and 2 will play compete for the prize pool of 100,000$.

The event will be live streamed from IGN twitch.tv page. Also head over to ign.com/ipl for more info.