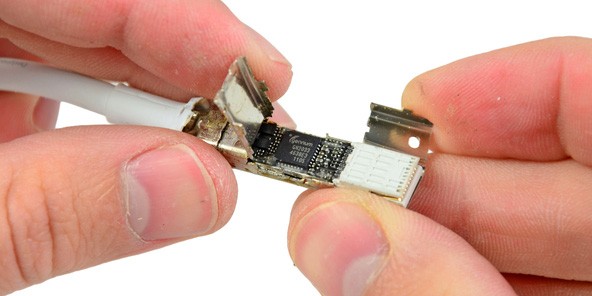 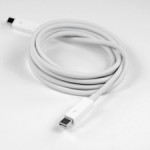 This must be the first teardown of a cable we’ve ever had, and i seriously didn’t think it could be that exiting, on the other hand it is a lot better than you might think.
As usual iFixit has made a teardown of one of the latest gadgets, and they found twelve larger chips and a bunch of other bantam components within Apple’s first Thunderbolt cable, and they didn’t hesitate to suggest that the $50 asking price was at least somewhat justified. But this one is a little different, adding two more chips and a clearer text on the large one. 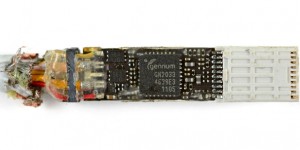 Previous: Sony reveals laptop with external GPU
Next: Sun umbrella with a built in fan