This is one of the most impressive DIY projects I have ever seen. It’s a homebuilt X-Ray machine, which was later converted to work as a CT scanner.

It’s also one of the more dangerous projects out there, it’s a device capable of emitting dangerous doses of ionizing radiation. There’s an Instructable and a Hackaday project if you’re curious about the specifics. Be sure to follow the safety advice if you’re going to attempt it.

The way it works is it uses a dental X-ray tube found on Ebay to emit xrays through the target onto a screen that turns the xrays into visible light. This screen is then photographed, and voila you have an xray image. 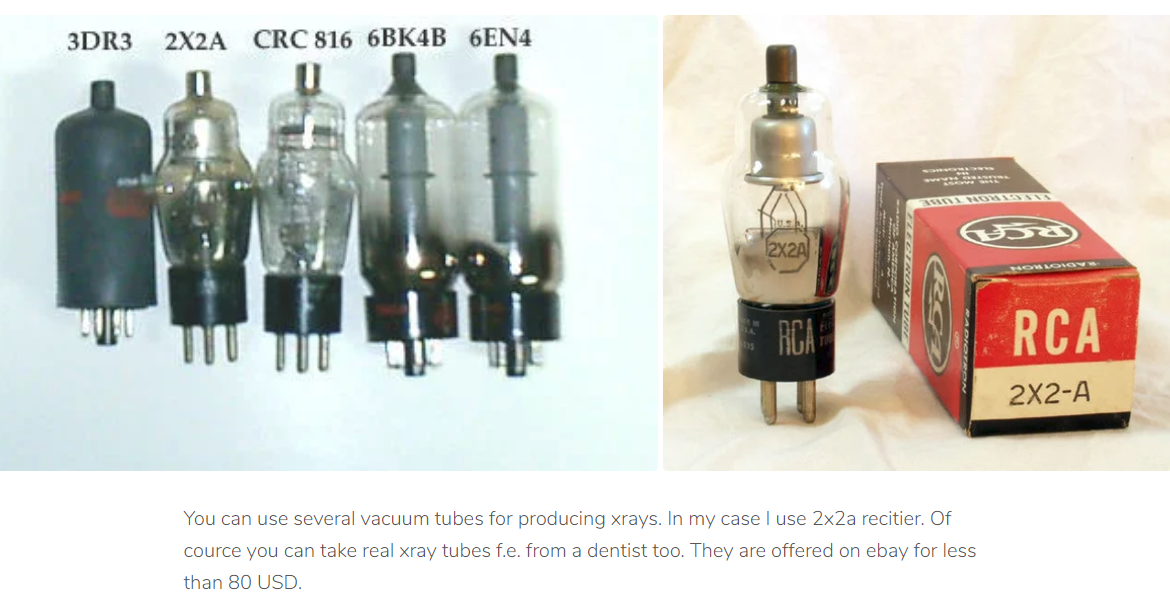 These videos show the xray machine in action as well as explains the components used.

As if that wasn’t impressive enough the creator of the Hackaday project then turned his X-Ray machine into a CT-Scanner.

Essentially what that means is you need to spin the target while tacking several images, this data is then converted to a 3D image.

Here’s an LED indicator bulb that was scanned. A CT Scanner controlled by Arduino used to X ray a chicken.

You can play around with creating CT 3D images yourself even if you don’t have an x-ray machine.

If you’d like to experiment with CT reconstruction, but lack the resources, time, or requisite safety training to build your own X-ray scanner, you’re in luck! [Fran] has published the source code for this project on GitHub. There, you’ll find MIT-Licensed C++ code (using OpenCV) for filtered back projection along with some sample images and video to test the algorithm. We got a 2D reconstruction going with the simple five-line example in as many minutes, although we’d advise you to try with OpenCV 4.x, since the selectROI() function appears to be missing from some of the 3.x versions.