The company Star-ALE plans to send up micro satellites that will on demand release up to 1000 pellets filled with chemicals. The result would be the first ever artificial meteor-shower. The project is called Sky Canvas.

It’s both an amazing idea, and an amazing waste of money. Each satellite with pellets will cost $8,100, so the full show will be immensely expensive. But it’s sure to be an awesome show if all goes as planned.

And just in case clouds or other unforeseen circumstances come in the way of the show, Star-ALE says they can easily postpone the show remotely.

“It is artificial but I want to make really beautiful (meteors) that can impress viewers,” Lena Okajima, CEO and founder of ALE

After the show is over the idea is that the satellites will burn up in the atmosphere when their orbit eventually decays.

Several news outlets have published stories that the company will perform this show for the 2020 Olympic games. However the company has issued a statement suggesting that it may only be a rumor. 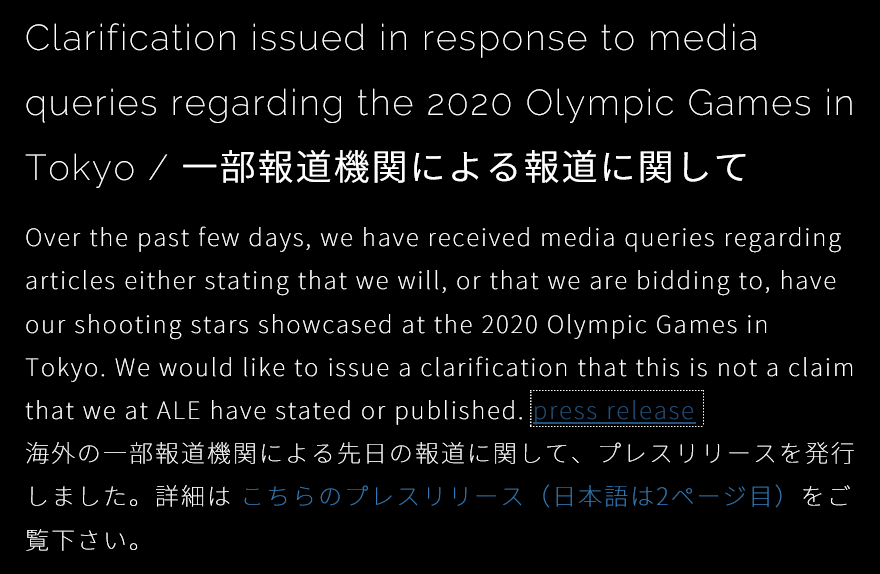 Unfortunately the link to the accompanied press release is broken at the moment. However I have reached out to Star-Ale and will update the article as soon as I receive a response.

We have now received a reply from Star-ALE. As we suspected, no SkyCanvas event is planned for the Olympic games. Even though Star-ALE would love to perform at such an event. 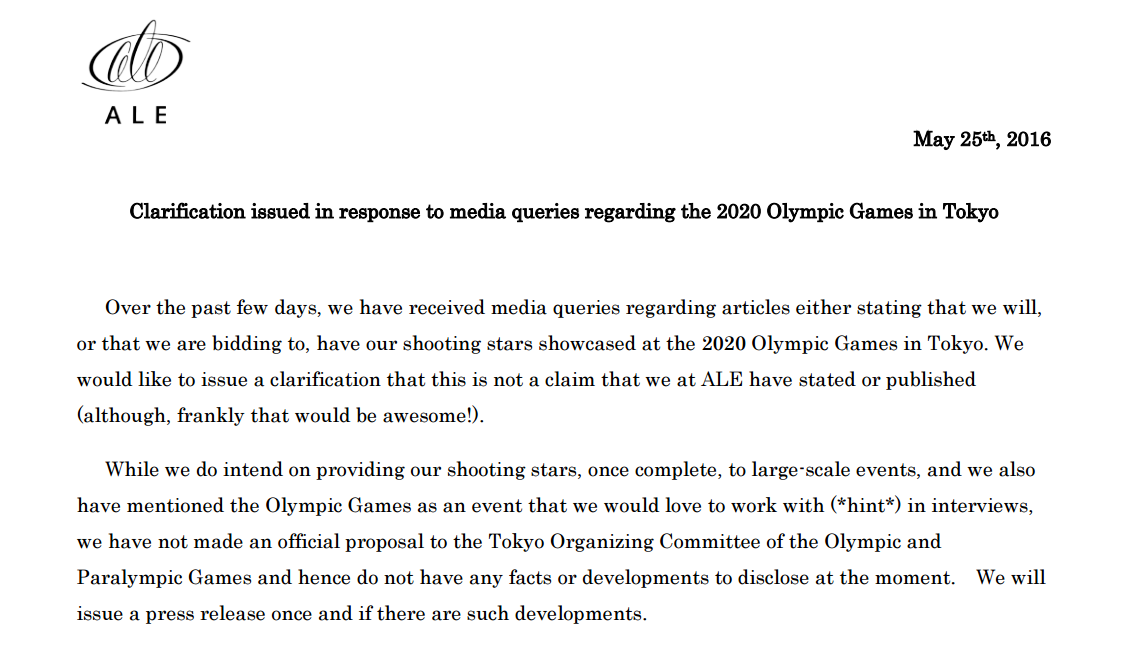