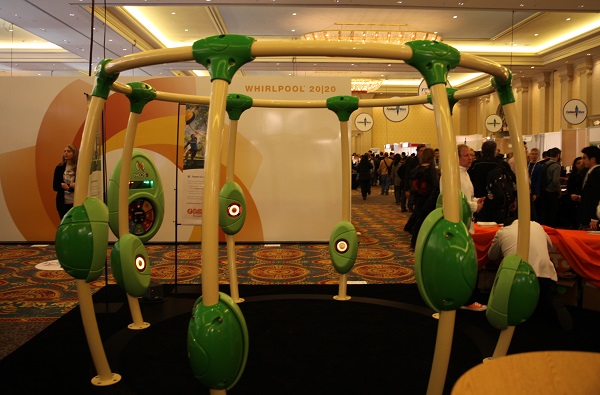 Something that has changed very little since it came to be is the playground. Yes, we’ve seen some new designs, new toys and playgrounds with special themes. But this is a real game changer. It’s an electronic playground!

It looks like something you’d find on a playground, It’s made of the same durable materials, but consist of several buttons with built in lights and sound. You can play many different kinds of games. One of them, the one i tried, is simply two players each one gets a color. And when that color lights up you press the button. Of course where they will appear is random. Sounds like something a child would enjoy quite a lot, but I have to admit that I had fun playing it as well.

The goal of this electronic playground is to motivate children to exercise more, which is clearly needed. I think with one of these on every playground kids wouldn’t be able to resist them. It’s exercise comparable to jogging, but with one main difference. You don’t actually feel like you’re exercising, It’s just fun!

And to a child that has used tablets since it was able to hold one, this will seem considerably more natural than taking a run in the woods or even playing sports.

I really hope to see these on playgrounds and in parks around the world relatively soon. 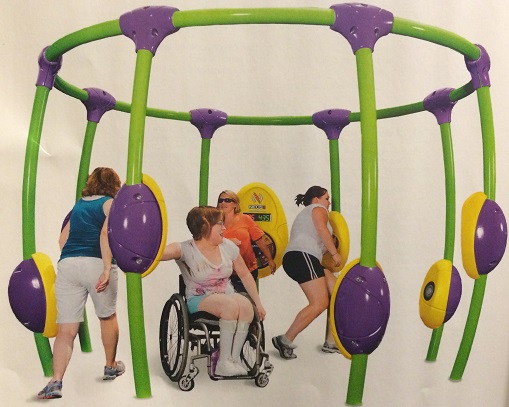 No one is left out from this game

There is also a more competitive variant. 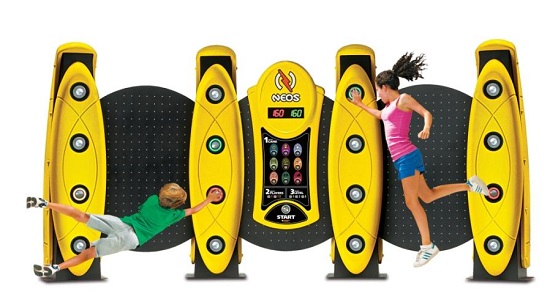 And a variant for younger children. 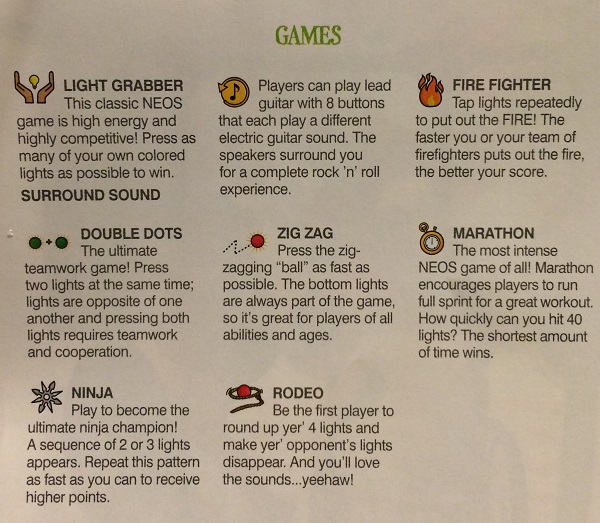