So if we could change video games to better suit people with visual impairments, our target audience would grow substantially.

There are many games that can be played by the visually impaired. Interactive fiction and other text-based games have been popular for a long time, though to a lesser extent in recent years. 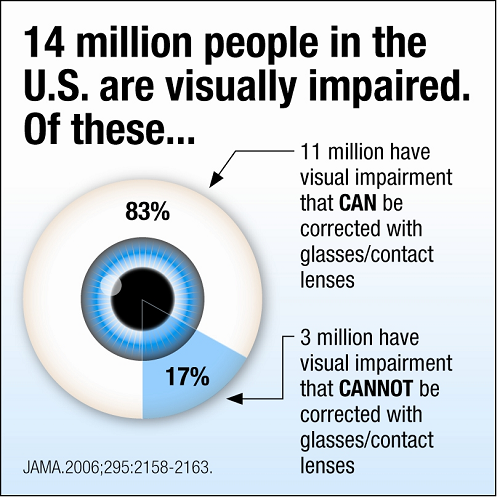 Before video games, many board games were adapted to be played by the visually impaired. Although many games are not produced with accessibility in mind, existing board games can be easily modified.  Lines that need to be visible, such as the borders between spaces, can be raised with lines of dried glue to provide tactile feedback. Words or other symbols can be covered with braille labels. And there is no reason we can’t do this to digital medias like video games. For example adapting games to work with braille keyboards. Or using Tactus technology to raise up elements of the screen that require attention.

With the recent advances in audio technology, sound is able to be replicated into 3D audio effects, either through recording or post production.

3D audio effects and spacial sound are sounds that play through a stereo output, surround sound spreakers, speaker arrays, and in most cases, especially with the boom in the mobile game industry through smart phones and handheld gaming systems, headphones.

This technology always involves placing a sound in a virtual 3D space, such as playing a sound so it seems it is coming from above, behind, to the left, and to the right of the listener.  This technology is called binaural recording.

Here is an example of spacial and 3D sound from the inside of a barbershop.

Once recorded, the binaural effect can be reproduced using headphones or a dipole stereo. Any set of headphones that provide good right and left channel isolation are sufficient to hear the immersive effects of the recording, but with recent advances in 3 three dimensional sound, and surround headphones these effects can be greatly improved. For example in use of video games, you could create a realistic 3D environment for a blind or visually impaired player. You could even make it so that the sound environment moves as you move your head. Giving an even better feeling of actually being in that place.

In addition to creating realistic and cool sound effects obviously a sound system can be used to read text aloud.  And the other way around as well, voice recognition. You get a query in the game, and you can reply with words.

Using today’s technology you could create a so realistic audial environment that a completely blind player may actually think he or she is in the game. 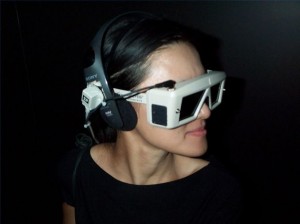 So what about people that aren’t completely blind, or just have bad eyesight?

Well, depending on the seriousness of their condition you can either just make text and other small elements on the screen larger, and use colors that are easy to see.

However you could also use a sort of lightscreen similar to the technology of Philips ambilight. Just projecting colors onto your eyes in cooperation with the 3D sound environment, you can make it feel even more realistic.

This of course works for all ranges of sight problems; a game like this could have a very real feeling, and create a unique environment for the player. Bad eyesight or not. 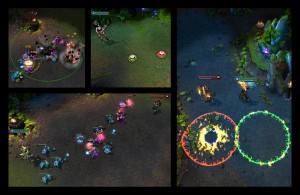 Another option to consider is being able to turn these special features off. Many games already have color-blind mode and options to increase text size.

But what about a completely new type of game? A game which requires you to make up the visuals in your head, and the game just accounting for the story. Wouldn’t that be something..