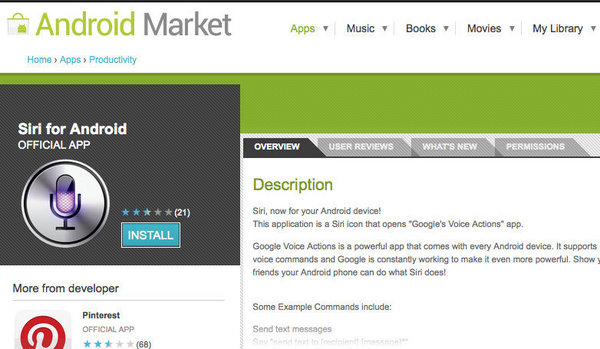 Remeber that Siri knockoff for Android? Well we predicted it would be taken down rather immediately, and now the deed has been done. According to the Next Web, at least a thousand Android users installed the banned app prior to its removal from the Android Market. It can’t be said for certain whether they were drawn to it because of curiosity or because of its misleading description and the authoritative sounding developer behind it (“Official App”).
One day we might get something like siri for android, but for now you just have to set your alarm by yourself (sucks to be you).

Previous: Demolition inc Quick Review
Next: [PS VITA] What Games And Accessories You Will Be Able To Buy At The February US Launch