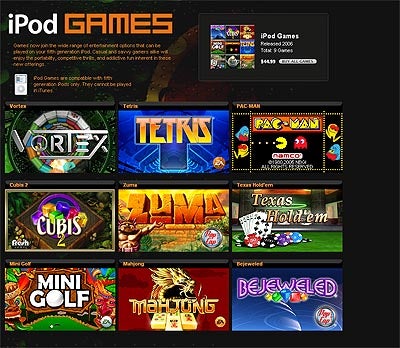 We’ve got two news for you today, first off Apple plans to have a press meeting next week. The invitation said no more than “Let’s talk iphone” so as you probably guessed they might announce a new iphone. We are very exited to see what they can add besides more performance.

About the ipod classic we may be getting a clue as to what fate the PMP may soon meet. The folks over at AppleInsider discovered that the link to iPod Click Wheel Games no longer appears on the App Store drop-down menu in iTunes. Since 2006, the folks in in Cupertino have been offering added entertainment for the popular mobile jukebox for $7.49 each, but only about 50 titles were available for purchase — it’s kind of hard to develop software when a third-party kit wasn’t publicly released. So if you’re planning on hanging onto your iPod classic for a little while, we hope you’re content to keep playing Vortex, Klondike or whatever else you’ve already downloaded.