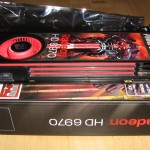 Some German guy got his hands on a PowerColor AMD 6970 and he leaked all info he could pull from it in a short time because he is not obligated by secrecy or anything of that stuff.

AMD Radeon HD 6970 Delay Due To Component Shortage Launch Date To Partners Not Getting Their AMD Radeon HD 6970 Boards In Time Has Led Many To Speculate AMD Is Indeed Facing Yield.
AMDs SingleGPU Radeon HD 6900 Series Cards The Radeon HD 6950 And HD 6970 Are Finally Expected To Launch AMD Circulated To Press Sites AMD Is Pinning The New Launch Date 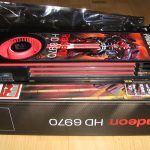