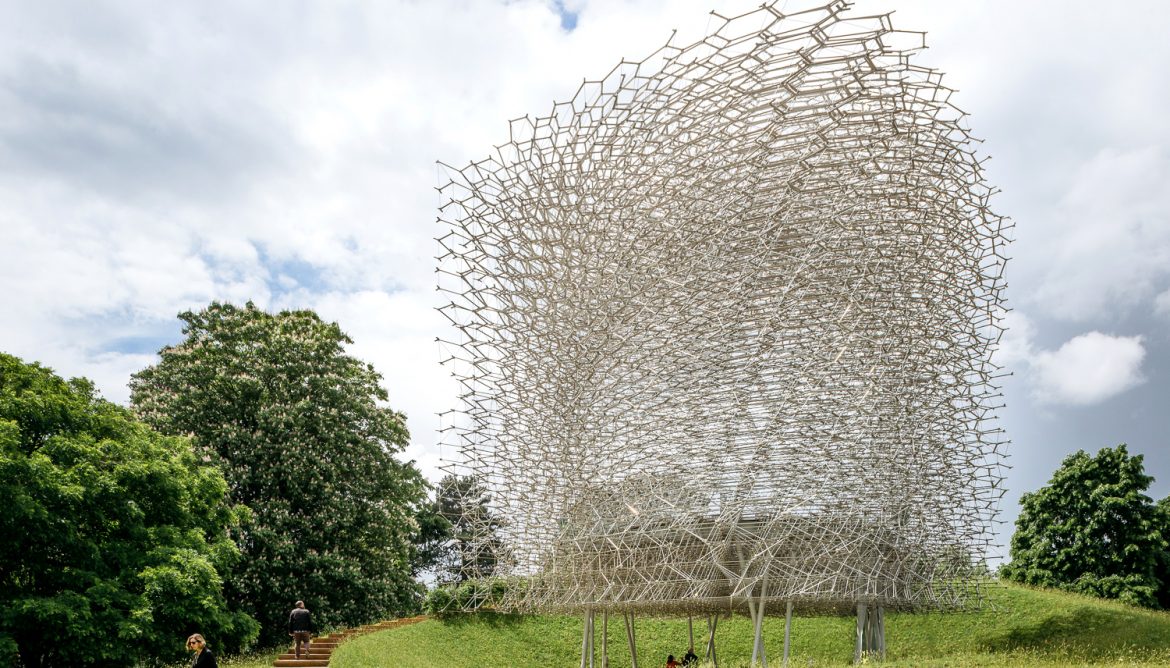 This dynamic sculpture by Wolfgang Buttress has recently gone on display at KEW Botanical Gardens in London. On it’s own it looks pretty cool. But to make things more interesting, the thing is controlled by around 50,000 live honey bees.

This is accomplished by putting sensors in a bee hive and hooking them up to 1000 LEDs. Certainly a very unique idea, and it looks really fascinating.

“The thousands of pieces of metal have a repetition and delicacy. It changes as the light and weather conditions change—the pieces sparkle or are more gray. It kind of transports you.” -Wolfgang Buttress

The sculpture which is called “The Hive” was originally created for an international audience at the 2015 World Expo in Milan, Italy. However until the end of 2017 you still have the chance to see it.

“The Hive” is made from approximately 170,000 pieces of aluminum, which weigh a total of  some 44 tons. Buttress used water jets to cut each piece, so that they fit precisely into the work of art. While not a replica of real hives, the structure does echo the repetition of a honeycomb, a structure that Buttress calls “a wonderful example of the perfect harmony between form and function.” He also designed the sculpture to be assembled on site, making it possible to move from the World Expo to the gardens.