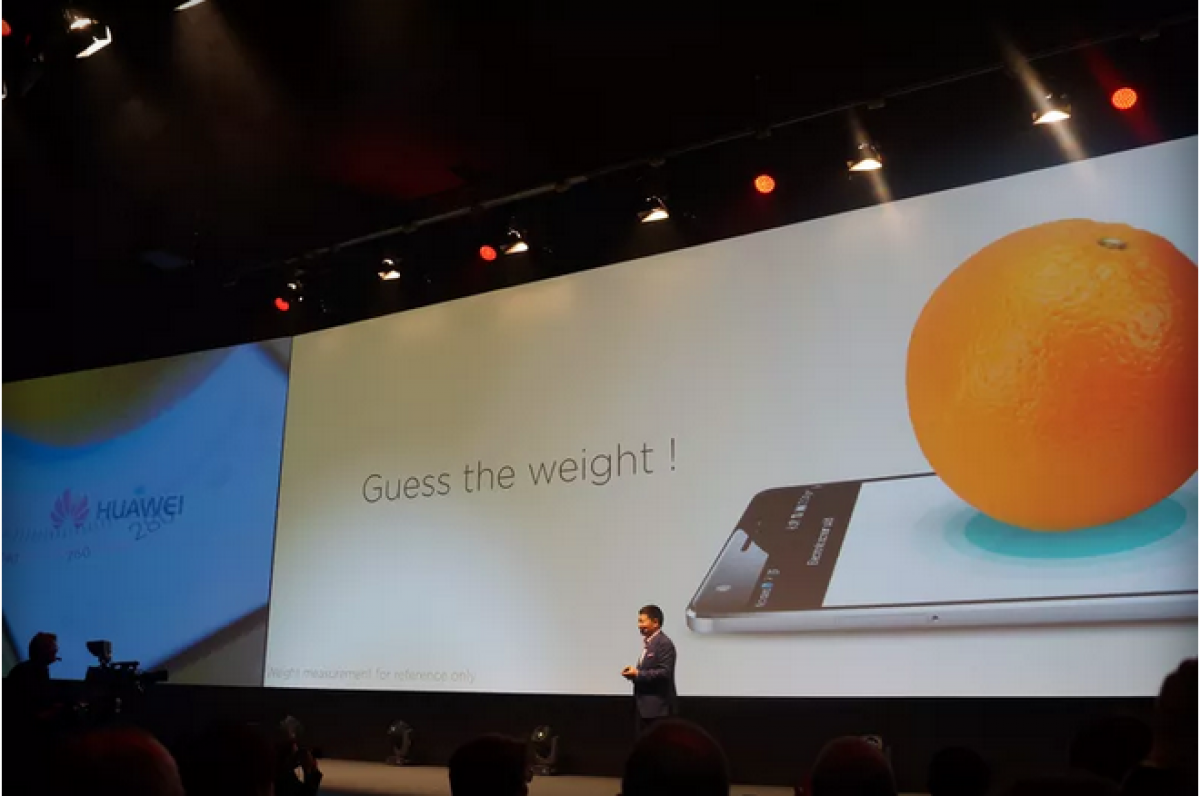 This is pretty fascinating. Huawei has announced a phone with force touch, that can utilize the technology to weigh things. It’s called the Huawei Mate S.
Obviously this is an attempt to beat Apples new force touch capable iPhones. However it is unclear whether the iPhone will be able to do this as well using third party apps. Either way it’s pretty cool. During their IFA press conference in Berlin on Wednesday, Huawei unveiled its inclusion of Force Touch by weighing an orange using the device.

There are still a lot of questions about Huawei’s Force Touch technology; how accurate is it and what is the maximum weight? The orange weighed in the demonstration came out as 280 grams.

So besides weighing oranges and being a drug dealers dream phone, it features 3GB of RAM, 32GB storage and up. The camera is 13 megapixels on the rear and 8 megapixels on the front. Huawei has included a 2,700 mAh non-removable battery. Prices for the Mate S will start at €649 ($730 USD).