In The Future Pilots Will Control Airplanes Using Their Brains

By Johny / 7 years ago / News, Science, Technology / No Comments 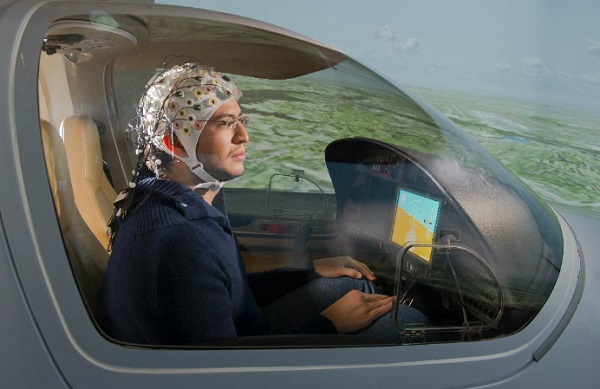 Scientists from Germany have developed a way for airplanes to be controlled directly by the pilots brain. Quite similar to the Neural Interface used in Star Trek to control starships with their brain alone.

They had seven subjects (one with no cockpit experience at all) use a flight simulator, and apparently, they all navigated the virtual skies with enough accuracy to pass a flying license test. To make the brain-to-plane communication possible, the group outfitted the subjects with a cap connected to EEG electrodes. Signals from the subjects’ brains were then translated into commands using an algorithm developed by the TU Berlin scientists.

Previous: Which Battery Brand Lasts The Longest
Next: These Headphones Look Like 9mm Bullets