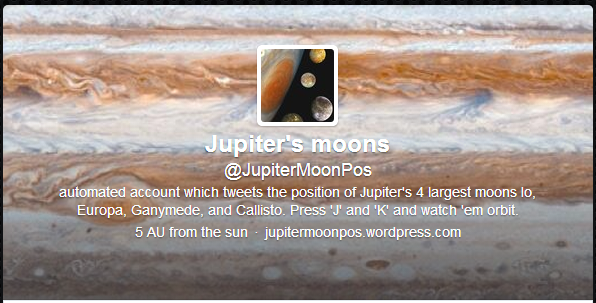 Did you know there is a Twitter account continuously tweeting the orbit of Jupiters four biggest moons, aka the Galilean moons. 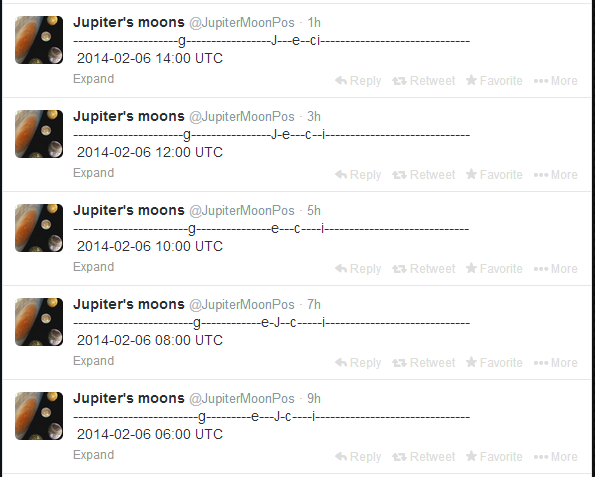 If you scroll quickly down the page you can see the moons orbit around Jupiter. It looks something like this:

The bot just recently got visual confirmation. So it is indeed accurate.

So why did they make this bot?

The twitter acct was originally created as a cheat sheet for my astronomy club to have the ability to easily identify the galilean moons we were sharing with the public easily from our cellphones. They move so fast a pre-observing session briefing isn’t sufficient for a multi-hour session.

Here is picture I took of Jupiter and the tweet that identifies the position of the moons.