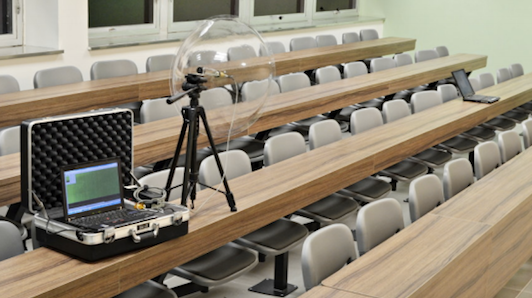 Researchers have discovered a way to crack encryption codes simply by listening to a computer decrypting it. They managed to break even the most secure RSA 4,096-bit encryption keys, and they say there is no reason this method wouldn’t work with other types of data encryption as well.

The researchers used a microphone to record the noises made by the computer, then ran that audio through filters to isolate the vibrations made by the electronic internals during the decryption process. Analysis managed to reveal the encryption key in around an hour. 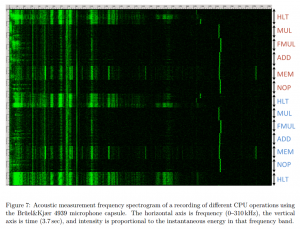 Because the vibrations in question are so small, however, you need to have a high-powered mic or be recording them from close proximity. The researchers found that by using a highly sensitive parabolic microphone, they could record what they needed from around 13 feet away, but could also get the required audio by placing a regular smartphone within a foot of the laptop. Additionally, it turns out they could get the same information from certain computers by recording their electrical ground potential as it fluctuates during the decryption process.