Microsoft wanted to demonstrate just how tough their new Surface tablet is. During the demonstration the tablet was dropped 1.5 meters without any damage.

He also states that Microsoft has tested dropping Surface from 72 different angles and positions to ensure that the design can handle bumps and knocks.

And now for the fun, they also showed the tablet being used as a skateboard. Check it out in the video! 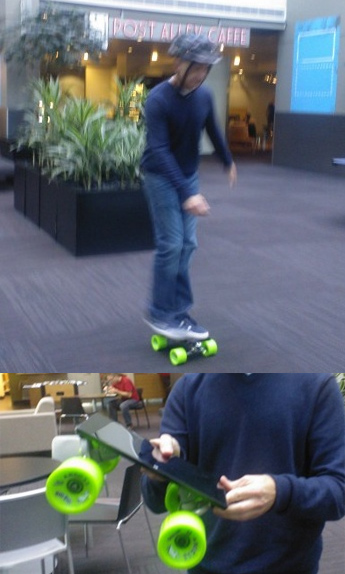 According to Patrick Moorhead from analytics company y Moore Insights and Strategy, the show was a clear comparison with Apple’s iPad, which he considers less rugged.

– Microsoft wanted to show that Surface is more rugged than the Ipad and to withstand being dropped on the ground without breaking, said Patrick Moorhead.