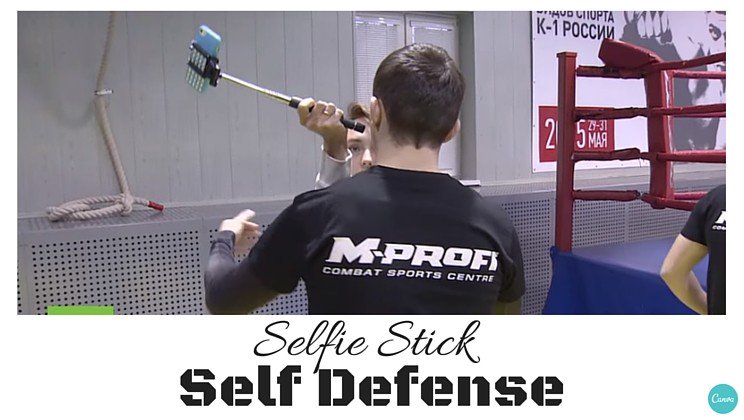 Yes really…. At the Moscow, Russia martial arts center M-PROFI there is now a self-defense class teaching how to defend yourself using selfie sticks.

At first I thought it might be a joke. but it really is a thing. They decided to create the class  after recognizing that there has been an increase in tourist attacks. And logically many of them carry selfie-sticks, but not any other item that can be used to defend yourself.

“There is not always a tool at hand, and not everyone can use force in martial arts. But if you have mastered some skills here, you can feel more comfortable and calm in the street. Moreover, I think this tool is very effective, not only for photography.”

Silly as this whole thing may sound, you might actually want to think twice before robbing someone with a selfie-stick. Honestly selfie-sticks don’t seem that sturdy, but I image you could do some real damage if you know what you’re doing.

“Unfortunately, very often a selfie-stick is the only weapon a tourist has when travelling abroad. A pepper spray or a stun gun in the handbag might also be effective, but by the time you’ve dug them out, it will already be too late. A selfie stick on the other hand can be used instantly,” -Daria Lapshina, spokesperson for M-PROFI

“It presents many challenges because if you have a selfie stick in your hand, and an expensive mobile phone on the end of it, it might achieve the desired effect to beat the attacker with the phone end, but you smash the phone. We teach people to use the handles if the selfie stick has a phone attached, and it is a very effective defensive weapon.”