Suntory is a Japanese brewery and distillery, famous for their Yamazaki whisky, and now it’s probably the coolest one in the world. They recently announced plans to send their whiskey to the ISS (International Space Station) to see if it ages differently in zero-g.

I kind of doubt it will make a difference. But I have no doubts that I would absolutely love to drink the first glass of space-whiskey!


While the whisky is being aged aboard the ISS, Suntory will also be aging another set of identical samples in Japan to later compare and contrast the two groups. The whisky will be launched from the Tanegashima Space Center on August 16 and will stay in the Japanese Experiment Module (Kibo) aboard the ISS. Suntory will retrieve the first  samples within a year and leave the rest aboard the ISS for at least two years. 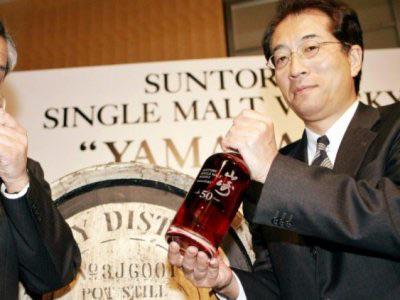 According to a spokesman at the company, the samples, which will be carried in glass flasks, will include both a 21-year-old single malt and a beverage that has just been distilled. Research has shown that whisky aged in an environment with little temperature change, convection of fluids and shaking tends to be become “mellower,” he said.

Once the samples return to Earth they will be studied in labs, and whisky experts will taste them to compare them with those aged on the ground. The whiskies will also be tested using several other techniques, including a phase shifting interferometer, small angle X-ray scattering, and nuclear magnetic resonance. Heavy whisky science in other words.

If you’re wondering whether the astronauts on-board the ISS will get to partake, the answer is ‘afraid not’. According to NASA.gov:

Products containing alcohol — not just alcohol to drink, but alcohol in perfume, aftershave, and mouthwash — can’t go into space,

There have previously been exceptions, mostly on other programs than the ISS. But not this time, even if it’s for science.

This is actually not the first alcohol beverage company to send their product to space. Earlier this year, Ninkasi Brewing Company sent their yeast to space to brew a different kind of craft bear, Ground Control Stout. Other brewing companies from around the world have also experimented with sending alcohol aboard the ISS or sending it on a short low-orbit space trip.