In Australia Sharks Tweet When They Approach The Shore 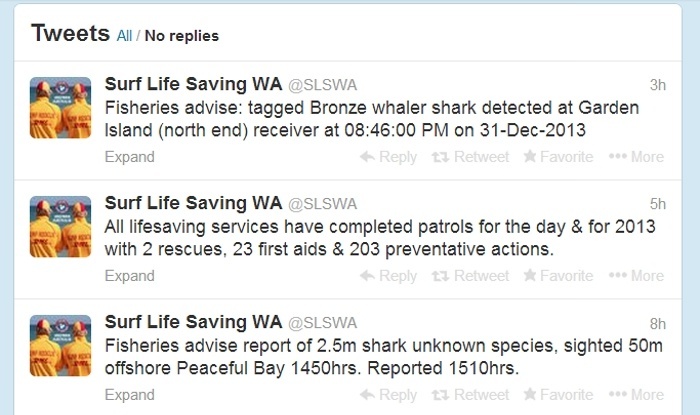 This is something new, sharks on twitter. Or rather a shark attack warning system that utilizes twitter. Around 320 sharks found in the area have been tagged with a collar. When the sharks swim within a kilometer of the beach, the onshore monitors pick up their signal and post a tweet on Surf Life Saving Western Australia’s twitter account. The tweets include a lot of information about each shark, such as its location, distance from shore, type of shark, and time of sighting.

Shark attacks aren’t that likely to begin with, but anything to prevent it further is good i suppose. There are only about 100 attacks each year. Since 1580, there have been fewer than 500 fatal attacks. Perhaps a tweeting earthquake warning system would be of more use.

Previous: The T-Shirt That Can't Get Wet, Or Dirty
Next: Real Life Dermal Regenerator Coming Soon