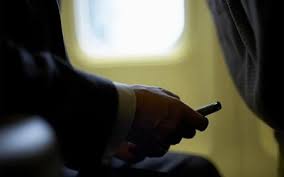 Everyone knows that using mobile electronic devices will do absolutely nothing to affect the instruments on an airplane, not even during takeoff and landing. This has been proven several times, even by mythbusters.  Yet, for as long as i know the rules have remained unchanged. However soon those ancient regulations will be removed.

After lots of meddling the Federal Aviation Administration is finally expected to remove the requirement that electronic devices need to be turned off and put away during the takeoff and landing phases of commercial flights.

The New York Times reported on Monday that an FAA advisory panel is expected to recommend pulling back these electronic restrictions in a meeting this week. That board is expected to pass along its recommendation to the full FAA later in the month, with implementation in the skies happening sometime in 2014.

As some airlines even have technology to allow you to make phone calls during flight, it seems senseless that you wouldn’t be able to read an e-book during take off.

For almost a year now, Sen. Claire McCaskill (D-MO) has been the voice of angry members of the public who want to be able to continue listening to a podcast, reading an e-book, or gaming on a plane without interruption.

“The public is growing increasingly skeptical of prohibitions on the use of many electronic devices during the full duration of a flight, while at the same time using such devices in increasing numbers,” McCaskill wrote in a letter to the FAA last year. “For example, a traveler can read a paper copy of a newspaper throughout a flight, but is prohibited from reading the same newspaper for major portions of the flight when reading it on an e-reader.”

It’s likely that the new regulation will cover all airlines and all kinds of aircraft, as airlines will have to certify that their fleets can withstand a certain level of interference. Airline companies already have to do that when they install onboard Wi-Fi and digital entertainment systems. Even though federal regulations will be changed in the US, individual airline companies and other places can still have regulations of their own.