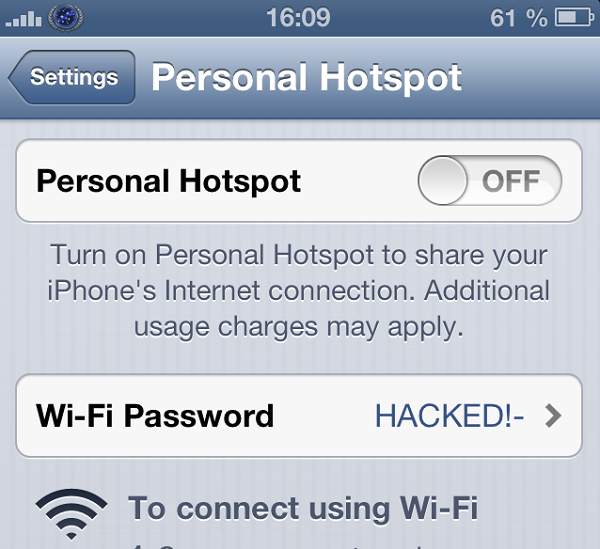 A group of researchers from Germany have worked out how the Iphone generates the passwords for wifi tethering, and It’s not hard to hack it.

The Iphone creates a wifi password using a combination of a short English word and a series of random numbers, seems safe enough as it would be hard to guess. Turns out It’s really not.

They first used a wordlist consisting of 52500 words and a AMD HD6990 GPU to cycle through the words. And in under 50 minutes they could crack any password Apple threw at them. But it gets better!

After some testing they realized that only 1842 of these words were being used. So with a new smaller wordlist and a better GPU setup (Four AMD 7970s), it only took 50 seconds to get through.

Luckily you can set your own password. So the lesson here is, if you are highly paranoid and protective about the files and internet access on your phone, don’t rely on Apples random generated passwords.