At CES 2013 in Las Vegas,  Nvidia  has now unveiled a project called Shield, an Android portable game console, including 5 inch high resolution touch screen, hdmi, function to stream games from the PC with the newly announcede Tegra 4 under the hood. 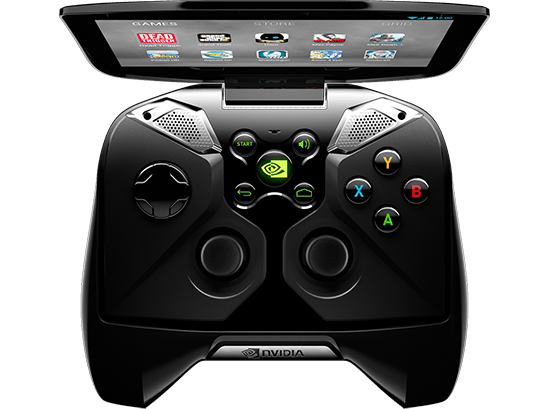 Portable game consoles with Android and ARM processors have recently been in the news frequently as both rumors and official statements from all sorts of manufacturers. Now nVidia has announced their latest addition to the game.

It features HDMI, wireless network that can be used to stream games from a PC, an SD card slot, and of course the built-in 5-inch touchscreen with a resolution of 1280 x 720 pixels. Not exactly a retina display, but i think this sounds promising.

The operating system is Android Jellybean, and currently uses Google’s standard user interface, that is, without a manufacturer-defined theme. The console itself, in the form of a controller, it has a fit similar to the controller for the Xbox 360 and with a layout similar to that of Sony’s DualShock controller. Project Shield is expected to launch in the second quarter of this year, but an official date has not yet. It is a very unique design, and altough it looks silly at first, i think this might be the future of handheld gaming.