For a few years drones seemed more like fun luxuries than anything else. Sure, we had heard rumors about Amazon starting delivery fleets, and a few business applications for drones quickly surfaced. But for most of us drones were expensive, albeit unique, toys. In a lot of ways they weren’t so different from remote control helicopters except that they could often take videos (or were at least compatible with GoPro cameras).

Now a use for high-end drones has surfaced that a lot of us probably never saw coming. People are racing them, and it’s quickly turning into a sport. ESPN even broadcast “professional” drone racing last year, and will do so again this summer. Sports markets and bookmakers are taking notice of the developing sport, and it’s beginning to attract more competitors. Right now its rise is being compared to the early days of eSports. While it may never become quite that lucrative, it does seem to be here to stay. People are going to be racing these exciting machines in bigger and better tournaments, and spectators look like they’ll be tuning in for the foreseeable future.

For those interested in the tech side of this phenomenon, this might beg the question of which drones are actually best suited to racing. You can find an extensive guide to the best racing drones if you’re interested, but we’ve highlighted some of the popular options below to give you a more general idea.

If that looks like a mouthful, you might want to get used to it. Drones tend to have what look like needlessly complicated names, though truth be told this is one of the worst of them. The drone itself is one of the best, with a stocky, reliable build, fast speed, and a decent price. The Arris is available for just over $200, which makes it one of the more affordable racing drones on the market. You do need to buy the drone’s goggles separately if you’re planning on racing longer distances. 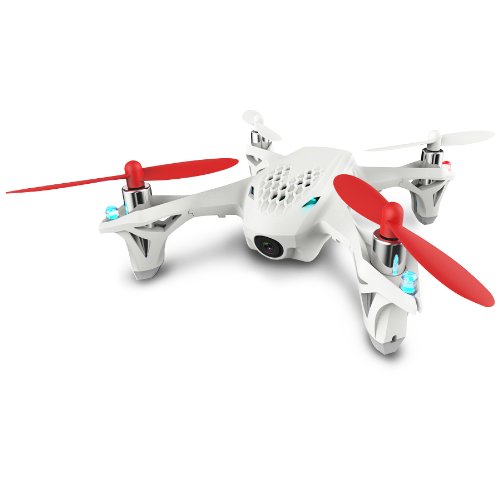 At just $150, this is about the only racing drone you’ll find that’s both reliable and cheaper than the Arris. It’s also easier to use, as its controller comes with a small LCD screen, meaning goggles aren’t a necessary add-on. You’re not going to outstrip racing drones that can cost three or four times this amount if you take this one to a competition. But for your own training, or for more recreational racing, it’s a perfectly fine device.

As you can tell by the name, this is a high-end product meant for more competitive drone racers. It costs nearly $500 not including goggles, but it’s a beast in the air. As a fun perk, this one also comes with night vision, which expands your options as far as when and where to race.

There are a lot more options out there than just these three. But these demonstrate different portions of the market from a pricing perspective, and they’re good ones to start with if you want to research racing drones.