Here’s a first: a paintball gun that is equipped with 840-barrels, capable of shooting all its ammo simultaneously. That’s right, it’s a real weapon that was actually built for an energy drink commercial. Cant believe they actually built that thing, it’s epic. Wonder what happened to it after the filming.. 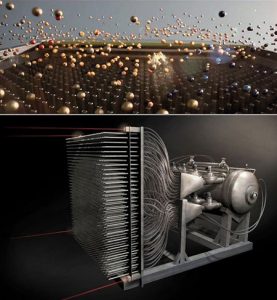